DGA is a veteran friendly organization that is helping heroes continue a life of integrity, honorable work, and service to our nation by providing a pathway into dairy farming. 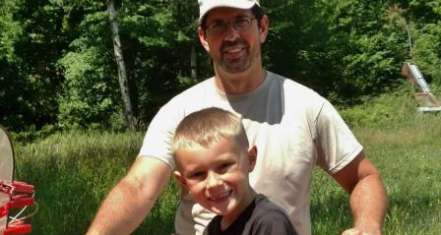 DEERBROOK, Wis. – Matthew Keesling has always wanted to own a dairy farm. He’s a veteran, having served 24 years in the U.S. Army. It’s when those two life paths began to coincide and overlap that he believed his dream of becoming a dairy farmer could come true.

The apprenticeship program, located near Medford, Wisconsin, recently received a $954,000 grant from the U.S. Department of Agriculture’s National Institute of Food and Agriculture. The apprenticeship was one of six organizations that received a grant through the “Enhancing Agricultural Opportunities for Military Veterans Competitive Grants Program” – or more commonly known as the AgVets program.

Prior to the grant award, Keesling was an apprentice through the Grazing Apprenticeship program. He was working on the Bures Organic Dairy Farm near Deerbrook, Wisconsin. After the grant award he’s still an apprentice working toward journeyman status, but he’s also the program’s new veteran liaison. Part of the funding from the grant goes toward creating and paying for his new position.

Keesling said he volunteered himself to apply.

“I kind of raised my hand and said, ‘You know this is something that’s right in my wheelhouse. It’s stuff I like doing,’” he said. “Trying to get like-minded folks like myself that are leaving the service into agriculture.”

Having spent a large piece of his life in the Army planning for his dairy career, Keesling said he believes he’s a good fit for the position. He was one of the first apprentices to try and utilize veteran benefits while enrolled in the apprenticeship program.

“I planned and researched several farms in several states,” he said. “I tried to correlate between maximizing veteran’s benefits, opening a business and retiring.”

He said he thinks his life experiences and his age, 43, lend more to the position than someone who is younger and just had an interest.

Laura Paine, program director at Dairy Grazing Apprenticeship, has been with the program for more than three years. She was the principal grant writer for the USDA grant. She said she was interested in the grant because of the connections between veteran and farmer skill sets.

“We see some similarities between the skills and aptitudes that someone who has gone through military service gains, and some of the needs that our ‘Masters’ have for employees — in terms of work ethic, self-discipline and that intrinsic motivation to succeed,” she said.

The combination of the grant funding and Keesling’s veteran knowledge has led the apprenticeship program to start recruiting more veterans.

“We’ve started some preliminary recruiting of candidates,” Paine said. “Our timeline for the grant was to get Matt on board before we kicked things off and got things moving. Since the grant started we’ve had 12 or 15 veterans applying on our website.”

Keesling is set to graduate from his apprenticeship in June. He will then begin the next leg of his journey to owning a dairy farm – becoming a journeyman. While he’s completing his dairy education he also has numerous goals for his position as veteran’s liaison.

“I want to be able to make it easier,” he said. “I want to recruit veterans and find them local installations through outreach, through media, through Facebook.”

He said he also wants to be a veteran’s first point of contact within the Dairy Grazing Apprenticeship. That way all the trials and tribulations he has already experienced can be avoided for future veteran apprentices.

“I want to be able to expedite (the process) and make it less of a challenge to future veterans coming into ag,” he said.

As for owning his own dairy farm, Keesling said his current Master Grazier – Andy Bures – may or may not sell his farm in the spring. If so, fulfillment of Keesling’s dream may not be too far away.

Samantha Loomis is the news assistant for Agri-View. She writes about the environment, youth in agriculture, livestock and anything else that may happen to cross her desk. Email sloomis@madison.com to contact her.