Report finds that farmer in the United States have made gains in implementing climate-smart practices in recent years but there is still more to do. 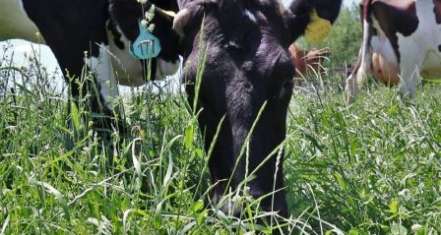 PHOTO: Cows eat grass in the pasture at the farm of Mike and Joan Gilles in Houston, Minn. on June 15, 2021, during a pasture walk sponsored by the Sustainable Farming Association and the Dairy Grazing Apprenticeship. Noah Fish / Agweek

WASHINGTON — Farmers in the United States have adopted conservation strategies that have led to gains for climate-friendly agriculture in recent years, but the Department of Agriculture has “more work to do” as it attempts to tackle climate change, according to a new report from the agency.

The findings, released on Thursday, are based on a survey by USDA’s Natural Resources Conservation Service of farming practices between 2013 and 2016. The report compares those findings to a prior survey that collected data between 2003 and 2006.

“We’re seeing the level of conservation practices go up, we’re making significant gains in terms of the practices that producers are adopting,” said Robert Bonnie, USDA Under Secretary for Farm Production and Conservation. “At the same time, there’s still challenges. We’ve got more work to do.”

In the decade between the two surveys, farmers implemented more structural practices, like building buffers or wind breaks around fields, which prevent soil erosion and the runoff of fertilizers into waterways.

Farmers also used conservation tillage techniques, which reduce disturbance of the soil, on more than 210 million acres nationwide, a 34% increase since the first survey. More than 33% of all cultivated cropland is now managed with no-till practices, allowing farmers to use less fuel for farm equipment and release less carbon emissions from turned-up soil.

The adoption of other conservation practices has been slower. Cover crops are planted on only about 6% of cultivated cropland, and application rates of nitrogen and phosphorus fertilizers increased between the two surveys.

Agriculture contributes about 10% of total U.S. greenhouse gases, and conservation programs are one of the main tools USDA is using to reduce the climate impact of farming. The agency said this report will help guide future strategies to address the climate crisis.

(Reporting by Leah Douglas in Washington; Editing by Matthew Lewis)