At the Corse Farm Dairy in Whitingham, Vermont, Master Dairy Graziers see double rainbow of promise for the future of family farming. 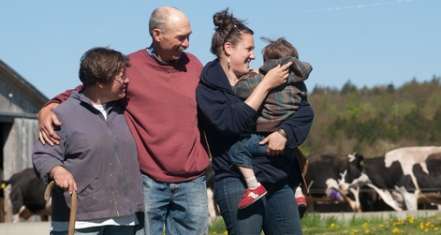 Leon Corse’s ancestors started farming in the small southern Vermont hamlet over 150 years ago. He and his wife, Linda, raised their daughter Abbie on the farm and she and her husband are now bringing up their two young sons there, too. Abbie, 35, has joined her parents to manage the milking herd of about 50 plus another 40 or so young stock, ensuring that the farm will continue into its sixth generation. But the family also needed some help to keep all the balls of a working dairy farm in the air.

Since 1868, the Corses have grazed their cows out on pasture. “That’s how everybody did it,” Leon says, “until we invented machinery to bring feed to the cows.” Over the last 10 years since they transitioned to organic practices, the family has paid even more attention to exactly how they rotate animals through their grazing acreage. Leon estimates the farm’s cows derive a substantial amount of their nutrition from pasture 165-170 days a year. That effort requires close monitoring of both fields and cows to optimize the health of both, not to mention physically moving the herd frequently.

As Leon approaches the age of 65 and looks to slow down a little, the family started thinking about how to bring on another employee to work with them. They decided to investigate the Dairy Grazing Apprenticeship program, which was established in Wisconsin just under a decade ago. “It’s modeled after apprentices in other industries like master plumbers and electricians,” Leon explains, noting that the two-year apprenticeships are paid and that there is an education component beyond the on-the-job training received. “For us, it was a way to get some help at an affordable rate and also a way to pass on some knowledge,” he continues. “It may be how my daughter continues to be able to operate when I’m not here all the time.” 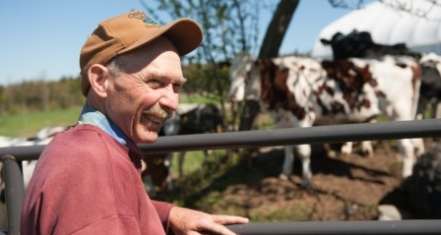 The Dairy Grazing Apprenticeship (DGA) is an independent non-profit organization and a National Apprenticeship under the U.S. Department of Labor-Employment and Training Administration. It was created with funding from the USDA-NIFA’s Beginning Farmer and Rancher Development Program and has expanded to 11 states. (See more detail below.)

Leon was the first “master grazier” certified in Vermont and the Corses are in the final six months of their first successful apprenticeship cycle. “My daughter, Abbie, has realized over the years that I’m a pretty good teacher—as long as I’m not your father,” Leon says with a chuckle. “You’re passing on everything you do, not just grazing.”

The Corses specifically selected an apprentice who had not worked previously in dairy, though he had plenty of animal and machinery experience. “We were concerned we’d have to unlearn some habits,” Leon explains. They also created a list of 25 questions and required five references from applicants, a labor-intensive effort on the part of both farmer and apprentice that the family believes helped them find a great match.

“You get out of things what you put into them,” Leon says, which is advice he would give any farmer – or apprentice, for that matter – interested in the program. He encourages other farmers to consider DGA. “There are way more things than they realize that they have to share,” he says, “just stuff you take for granted, that you’ve absorbed, especially if you grew up on a farm.” 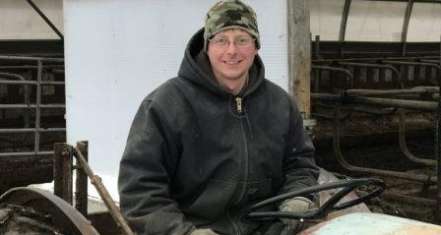 For his part, apprentice Coty Fisher has been very pleased with his experience with the Corses. Coty grew up in Indiana, about 45 minutes east of Notre Dame in an area he describes as the RV capital of the world. His family had an auto repair shop and he got interested in farming, he says with a laugh, “because I got tired of dealing with cars.” He had helped out family friends with their farm on weekends and got closer to agriculture working as a feed truck driver when he learned about DGA from a magazine article.

Coty credits his wife, Jess, with encouraging him to apply. Now 28, he recalls saying to her, “It would’ve been neat to be involved in something like that out of high school.” The apprenticeship seemed like an efficient and educational way to get started on a path to their own farm, he says. “I love being outside in nature, working with my hands, seeing the fruits of my labor,” Coty explains, adding with a laugh – “and getting to drive big tractors.”

Although in some cases, DGA apprentices might stay on to work with the farmers with whom they have apprenticed, Coty plans to move on. When he completes the program this summer, he will have a certificate recognized by the U.S. Department of Labor that he can include in loan applications. He and Jess hope to purchase a farm in Ohio, which is closer to family than Vermont.

The young farmer does appreciate the grazing angle of the program and whether or not he goes into dairy, he plans to use that aspect of animal husbandry. “It’s farming in a way that mimics nature,” Coty says. “It’s more sustainable and healthier.” 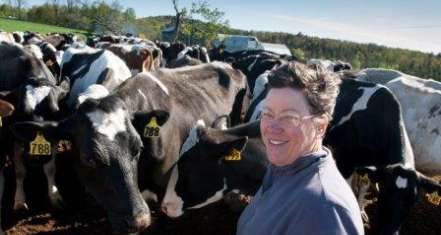 The Corses have been “awesome people to work for,” Coty says. “They take the time to teach and all three of them have specialties they’ve shared…One of the requirements of the program is to write a business plan and Abbie has been a huge help with that.” In addition to learning about grazing and dairy, Coty says, he and his wife, who is a high school teacher, have had an education in maple syrup, too. “We might try that when we set up in Ohio,” he says.

Coty’s advice to those considering the program is to be open to what it brings you. The Fishers were not planning on coming to Vermont when he first applied to DGA, but are very happy where they ended up. “I recommend having an open mind,” Coty says. “Learn as much as you can. We came to Vermont for dairy cows and ended up learning about maple syrup, too.”